Seattle Sounders remained unbeaten in the league after the seventh game and they take on Austin, who have only managed two wins so far in the MLS 2021 season.

Seattle Sounders were unable to get five consecutive wins after being pegged back by Atlanta in a 1-1 draw. Austin lost three consecutive matches with the latest defeat coming in the form of a 1-0 loss to Nashville. The best picks for this match would be:

Seattle Sounders are facing Austin for the first time and they have a great situation to build upon. Even after the draw with Atlanta, Seattle remain in a very strong position in the Eastern conference due to the four-point advantage over sporting Kansas City. Austin, meanwhile, are struggling near the bottom and they have just lost three consecutive matches. Another away match does not offer hope for the visitors.

Seattle have not been prolific so far this season with the team registering over 2.5 goals only on two occasions this season. However, they are against an Austin outfit that has conceded at least a goal in four of their last five games. Austin are also likely to suffer at the hands of Seattle’s home supporters being in full voice.

Seattle Sounders will be kicking themselves after conceding a late equalizer against Atlanta. If not, the team would have registered three consecutive clean sheets. Austin have their work cut out after failing to score in the last two league outings. The team has been quite poor during this period and Seattle might just be able to get a clean sheet in the first-ever outing against Austin.

Top Betting Odds and Stats for Seattle Sounders vs Austin

Seattle are going from strength to strength in the Eastern Conference with the team opening a four-point lead already. Bruce Arena also sees his team with a substantial advantage on goal difference compared to the chasing pack. The club will be without players like Stefan Frei, Nicolas Lodeiro, Jordy Delem, and Josh Atencio.

Austin have done relatively well to pick up six points from as many games, but the strain of playing on the road consistently is starting to reflect on the team. The club still have two more away games to go before they get the first home outing of the season. Josh Wolff would not want to see his team lose the initiative before the first home game. Ben Sweat and Aaron Schoenfeld are unavailable while Jhohan Romana is doubtful. 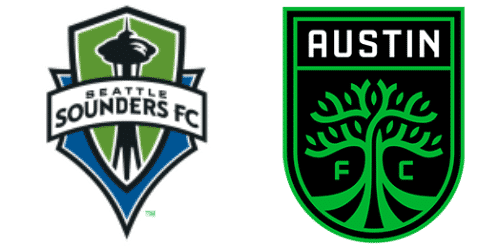 Where is the match scheduled? Lumen Field

Which team is the favorite to win? Seattle Sounders