Monterrey performed great in the Clausura last season and we expect the team’s good run to continue in the first few weeks of the Apertura now.

Santos Laguna lost the last two games against this opponent. Monterrey isn’t going to have such an easy time as you might think but the victory should be up for grabs.

Monterrey is the most common victor in this clash but this doesn’t mean that Santos Laguna goes down easy. This rivalry is notorious for its defensive style and the most common result out of it is the 1:1 draw and the 1:0 victory. That being said, further backup for our prediction would be the absence of key attacking players from both teams for this game. We should see a hard-earned victory for Monterrey with another 1:0 result.

Big issues in the attack for both coaches.

Ayrton Preciado is the key player missing for Santos Laguna and it will be interesting to see if Brian Lozano could fill those shoes. Doria is the team captain and the heart of the defense. He had a minor injury a few weeks ago and it is doubtful if he will be in the starting 11.

Duvan Vergara and Rogelio Funes Mori. Two of the key players in attack for Monterrey and they are both injured. Maximiliano Meza was one of the best creators in Liga MX last season and we hope to see more from him. 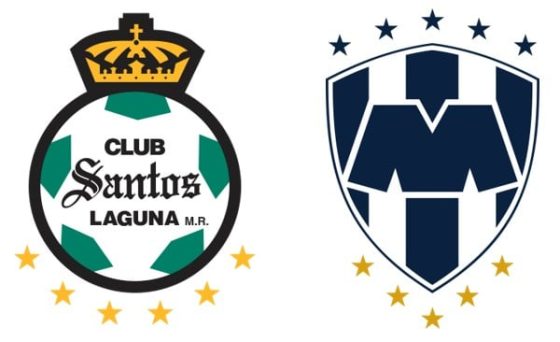 Santos Laguna vs Monterrey: Top Statistics And Odds For The Upcoming Game

Our soccer experts compiled this information for you:

Monterrey Will Have To Earn It

Just recently the two teams played a friendly game and it was won with a narrow 1:0 result by Santos Laguna. Monterrey has the better statistics from the official games but something has to change this Saturday if coach Victor Vucetich’s boys would want to get the victory. The coach himself has a great record against Eduardo Fentanes and we believe he will know what changes need to be made. We predict a very difficult 0:1 victory for Monterrey in this game.