San Jose Earthquakes will meet Los Angeles on Monday, and in this article, you can take a look at the top betting picks, predictions, and odds for the match.

These betting picks are the most popular for the upcoming San Jose Earthquakes vs Los Angeles fixture. If you want to see more MLS odds, you will have to take a look at our site.

These odds are from BetMGM and you have to double-check them before you place any bets because they can change even after we post this.

Seven of the last ten matches for Los Angeles ended with a total number of goals over 2.5, and five of the last five head-to-head games they played against San Jose Earthquakes, also ended the same way.

This is the recent statistical data for the San Jose Earthquakes vs Los Angeles fixture on Monday. You can also check out the latest odds from popular bookies.

Los Angeles has three injured players (two defenders and a forward) that won't be able to attend Monday's match against the Earthquakes. Injuries or not, we believe that Los Angeles has been in better form for the entire season, so far and we will bet on them to win.

On the other hand, San Jose Earthquakes also have three injuries, including forward Benjamin Kikanovic who is out with a thigh injury. Midfielder Tommy Thompson and goalkeeper Matt Bersano are the other two injured players who have knee injuries keeping them benched for more than several fixtures now. 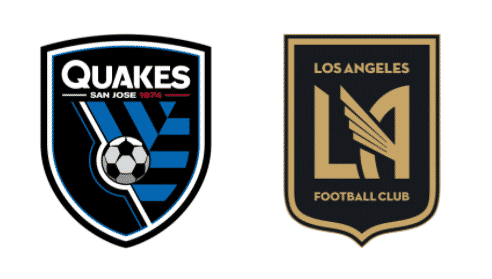