Real Salt Lake welcome a resurgent Minnesota outfit to the Rio Tinto Stadium hoping to improve their own form amidst a slump.

Real Salt Lake were able to pick up a valuable point from their visit to Dallas after grabbing a 2-2 draw late in the match. Minnesota United are being involved in this match after almost a fortnight since they picked up a 1-0 win over Dallas.

Real Salt Lake are aiming for the second win over Minnesota in just over a month after having claimed a 2-1 win towards the end of April. This will provide a psychological boost for Freddy Juarez’ men, who almost came close to keeping a clean sheet in this reverse fixture. Incredibly, this victory is the first for Real Salt Lake in six attempts against Minnesota.

Minnesota might have been able to pick back-to-back clean sheets in the league, but the team’s away form is close to being a disaster. The team has shipped seven goals in just the two away matches that they have played this season. The defending of Minnesota has been shambolic and Real Salt Lake might be enticed at the prospect of seeing Rubin continue his good start to the season.

Rubin has quickly become the top scorer at Real Salt Lake with four goals in five matches. He has only failed to score in the goalless draw against Nashville and away game against Minnesota. As a player on top form and confidence, Rubin is an easy pick to score anytime in the game.

Analyzing the Stats for Real Salt Lake vs Minnesota Utd

Analysis and Preview of Real Salt Lake vs Minnesota Utd

A winless run of three matches has put Real Salt Lake out of the play-off places. The club can look forward to playing four games at home in the next five matches. This should provide a way back into the contention for play-offs. Freddy Juarez will try to make sure that his team are more solid defensively, as they have kept just one clean sheet in the campaign. Everton Luiz is out injured, while David Ochoa has gone on international duty.

Minnesota have been able to gain a lot of confidence in the back-to-back league wins. However, it might be difficult for the team to replicate their performances in the away matches, where they have struggled even during the 2020 season. Adrian Heath will be without some key players in the form of Ike Opara and Bakaye Dibassy, while Juan Agudelo is doubtful for the game after picking up a thigh injury. 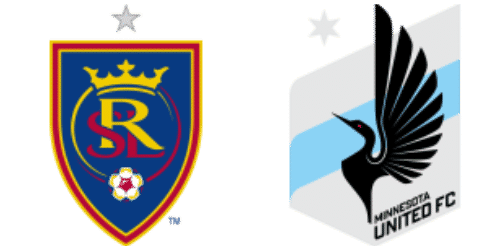 Where is the match scheduled? Rio Tinto Stadium

Which team is the favorite to win? Real Salt Lake