Will Queretaro finally make a step in the right direction or will Santos Laguna emerge victorious yet again? We will find out together.

If you are looking for the best possible tips for this game then you have come to the right place. For more expert Liga MX picks, please visit our dedicated page.

Queretaro is one of the worst-performing teams in the league. They are currently ranked 17th and only Club Tijuana is below them. And that says a lot about their performance so far this season and what we can expect from them in this game as well. In the last 10 times, the teams faced each other Santos Laguna emerged as the victor on 8 of those occasions. Queretaro managed to scrape only 2 victories. The last game between the two on May 9th this year ended in a brutal 5:0 victory for Santos Laguna so it would be hard for Queretaro to shake that rustiness off.

Not only Queretaro is very close to sinking to the bottom of the table, but they have a goalless attack. No other team in the league is even coming close to their anti-record of 9 goals in 15 games. On top of that, Leonardo Ramos will have to find replacements in an already limited squad for the injured Osvaldo Martinez and suspended Jonathan Dos Santos. 6 of the last 10 games between the two teams ended in one of them not managing to produce enough class to score a goal.

As mentioned before, Queretaro has the worst attack in the league, but in all fairness, they do have a somewhat solid defense – only 14 goals allowed in 15 games. Furthermore, Santos Laguna has the same solid defensive record as well. 4 of the last 10 games between the two ended in Under 2.5 goals. 4 of the last 5 games Queretaro played in the league ended in Under 2.5 goals as well. Meanwhile, Santos Laguna had only 2 such games in the last 5 they played.

Head-to-head data for the Queretaro vs Santos Laguna game

Those are the key head-to-head statistics and odds for Queretaro vs Santos Laguna match: 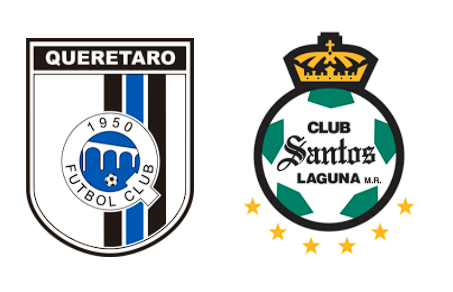 Q&A for the Queretaro vs Santos Laguna game: