Seattle Sounders will face Pumas UNAM in an attempt to decide the winner in the CONCACAF Champions League. The first head-to-head between them ended with a draw, and now we will see how this one will end.

These are the top free picks and predictions for the upcoming fixture between Seattle Sounders and Pumas UNAM. Odds from BetMGM are subject to change. This means that you should double-check them prior to wagering.

Considering both teams’ recent matches and their scoring lately, we think that Thursday's match will most likely end with more than 2.5 total goals scored. We saw the same outcome in two of the last three matches for Pumas UNAM and three of the last five matches for Seattle Sounders. Also, the only time these two played together, the game ended with four goals.

Lineups and Injury Reports for Seattle Sounders vs Pumas UNAM

In this section, you can check out the most recent injury reports and lineup info about the upcoming CONCACAF Champions League final.

Right now, Seattle Sounders don’t have any injured or suspended players on their roster. This means that they will play at 100% this week.

Pumas UNAM also doesn't have any injuries or suspensions right now, so they will be facing their opponents at full strength.

Below, you can check out the most recent statistics and match histories for both Seattle Sounders and Pumas UNAM.

The Thursday CONCACAF Champions League final will be quite interesting because the last time they faced each other, the match ended with a tie. We aren't sure who will win because both teams are in an awful recent form, but our top predictions are that there will be more than 2.5 total goals, and both teams will most likely score (like last time). 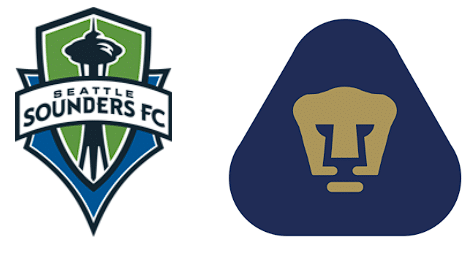