Liga MX is back in action with the Apertura already going through 3 Rounds. Now for the 4th game of the season, Pumas will host Queretaro on the 15th of August with both sides looking for the first victory of their campaign.

Here is our team of experts’ thoughts on this game:

The odds used are correct at the time of writing but may change at all times without notice. We advise you to always check your bet slip before placing your final bet. Our recommended bookmaker for this match is BetMGM.

The favored to win Pumas UNAM is one of the most inconsistent Liga MX teams. Manager Andrés Lillini took over in 2020 and ranked the side 2nd during the Apertura, but failed miserably in the Clausura placing his team at the 15th place. Now Pumas is off to a bad start once again. The hosts conceded almost half the goals they did in the previous campaign in the first three games. Furthermore, head-to-head Queretaro actually has the advantage with 4 victories and 3 draws in their last 10 meetings. Their most recent match was a 2-2 friendly draw, but the visitors won the last competitive game between the two.

This is a match-up that produces a lot of goals, but they usually are in a single direction. In their last 5 league meetings, only once did both sides manage to score. On an individual level, both teams are on a bad beat. Pumas has no win in its last 6 matches and managed just 4 goals. In the same department, Queretaro has just a single victory and has scored a total of 7 times.

Looking through the head-to-head statistics, we can see that 50% of the last 10 games between Pumas and Queretaro have had under 2.5 goals. However, we already mentioned the fact that the teams are in a bad goal-scoring form, so it's only logical to go for the under 2.5 goals bet. Both teams have had 6 out of 10 under 2.5 goals games in their individual match history.

Pumas UNAM vs Queretaro: The latest stats and selection of the best odds

A draw in a friendly could mean anything

Backing the underdog with a somewhat safe DNB bet is our option of choice. In one of the most dynamic football leagues in the world, every team’s performance can prosper at a certain point, and then fall off dramatically. That’s somewhat the case with Pumas. The hosts ranked second in the 2020/2021 Apertura with a single defeat, only to land a place at the bottom of the table just months later in the Clausura.

An interesting thing to point out of that campaign was the club's GF/GA record which was 10-12 in 17 games. However, Pumas has already conceded 5 goals in the opening 3 games of the new season, which likely means their defense is cracking. 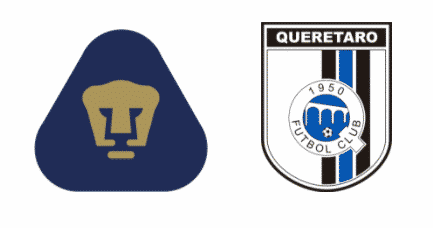