Will Puebla finally be able to catch up or will Toluca emerge victoriously and increase the distance? We will find out together.

If you are struggling to find the best possible tips for this game then you have arrived at the right place. For more expert Liga MX picks, please visit our dedicated page.

The odds are subject to change! Our recommended bookmaker for the game is BetMGM.

In the most recent 10 games between these two clubs, we saw 5 victories for Toluca, 2 ties, and 3 Puebla wins. A good historical advantage for Toluca, sure, but also an important thing to mention is the current display in Liga MX which also favors Toluca as they are currently ranked 4th in the ranking while Puebla is 8th. Recent troubles in the last 5 games for Toluca will make them hungry for success and Puebla doesn’t seem like the best away team right now.

Toluca has the 2nd best attack in the league with 22 goals scored in 15 games so far. The only team doing better is Tigres UANL. They also have one of the worst defenses with 21 goals allowed in 15 games. If you look at the history between the two the prediction for both teams to score is even clearer. In the last 10 games, 6 ended with both teams scoring at least 1 goal.

We had 13 goals in the last 2 games between these two clubs! It is hard to find more suitable teams for this prediction. Toluca scores a lot this season but also concedes a lot. Puebla isn’t far from that standard as well. Just recently Toluca has a game with 4 goals in total and Puebla is always a team that prefers attack to defense.

Head-to-head data for the Puebla vs Toluca game

Those are the key head-to-head statistics and odds for Puebla vs Toluca match:

Rumble at the top

This one will be an important game for both sides as they are very close to the Top 4 so ambitions will be sky-high. Chances for mistakes will be big as the tension is undeniable in the game. The fact that the last 2 games between the two clubs had 13 goals further explains why we should expect more of the same. It is very likely that the game will end with a victory for Toluca following the good performances they had but our soccer experts suggest securing this bet with a double chance just because the nature of this rivalry is very difficult to predict. Still, a 1:2 victory is very likely for Toluca. 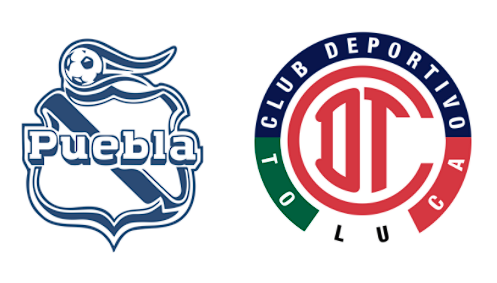 Q&A for the Puebla vs Toluca game: