Today, we will go over the Portland Timbers vs Real Salt Lake match, which will be on Sunday. If you want to see more MLS predictions, odds, and free picks, check out our website for more MLS articles.

Below, you can see our suggestions for the best betting lines, predictions, and free picks for the Sunday match between Portland Timbers and Real Salt Lake.

The odds used here are from BetMGM and are subject to change. This means that you should check your bet slip before confirming any bets.

Portland Timbers have had the best form in the last five and ten fixtures they played out of the whole Western Conference. They won or drew eight of the last ten matches they played, while Real Salt Lake lost 50% of their last ten games. The Timbers have also proven themselves against Real Salt Lake with four wins out of the last five matches that the Timbers hosted.

In these tables, you can check out the latest bookmaker odds and statistics for both teams regarding their upcoming match on Sunday.

If Portland Timbers manage to keep up their recent form for the next few weeks, they might acquire enough points to climb the table and claim the first position. They are only nine points behind the table leader, currently. On Sunday, Portland Timbers will be missing four players because of injuries. Those players include Attinella, Jome, Polo, and Williamson.

Real Salt Lake is close to their opponents with only one point difference, but judging by their recent form, it's highly unlikely for them to win on Sunday. Three of their players are suffering from leg injuries, including Wood, McMath, and Farnworth, and Brody is out with a toe injury. 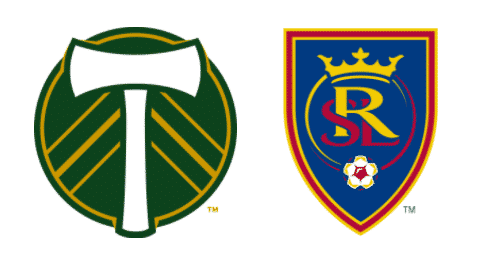