In this article, we will go over the Portland Timbers vs Orlando City fixture, which will be on the 8th of July, so let's check it out. If you want to see more MLS betting picks, you can open the latest articles on our website.

Below, you can see the top three betting picks for the Portland Timbers vs Orlando City fixture. All the lines below are from the bookmaker BetMGM. Please remember to double-check the betting lines before you finalize your bet slip because all odds can change at any time.

Orlando City's most recent form this season consists of only one loss out of their four MLS games. Their opponents won only one of their four games this season. It's obvious that both teams aren't in good form, but Orlando City seems to be doing better. They also have had some success against Portland Timbers over the years, even if it's small.

Injury Report and News About Portland Timbers vs Orlando City

Here, you can check and see which players are injured from both teams.

Portland Timbers doesn’t have any suspended players at this time, but three of their players are out with various injuries. Eryk Williamson hasn't recovered from his knee injury since last year, and at the end of January forward Tega Ikoba also got injured. Felipe Mora (another forward) also got injured at the beginning of March, so he won't be playing this weekend.

Orlando City will only be missing one player this weekend because of an injury – Andres Perea who is out since the second week of March. There aren't any suspended players on the squad.

Check out the latest stats and team forms for both squads on Sunday.

Portland Timbers and Orlando City are in similar form and we will see goals from both of them this weekend, but the ultimate winner is most likely going to be the team with the better recent form. Right now, that is Orlando City who has seven points in the Eastern Conference, while the Timbers have only five points in the Western Conference table. 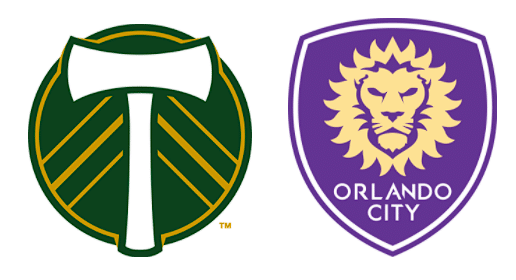