These two teams never get tired of playing against each other and providing amazing soccer entertainment for the fans. This week will be no different.

With the injury issues in the home side as they are we believe this is a good chance for New England to capitalize and get the most out of this game. Chances are this game will be very close so we suggest the following. Head over to BetMGM’s website to get the most recent update on the above-mentioned odds as they are subject to change.

When you open the history books, you can see that the two teams are extremely equal. The last 10 games between them resulted in a total of 7 draws, 2 victories for Portland, and 1 for New England. Portland Timbers and New England are on a row with 4 consecutive draws against each other. Performing in MLS is also similar – Portland Timbers finished 4th in the Western Conference while New England finished 1st in the Eastern.

New England conceded only 41 goals in 34 games last season while Portland Timbers did poorly – 52 goals. We believe the home advantage in this game will even the defensive performance for the home team out. Furthermore, 8 of the last 10 games ended with 2 or fewer goals being scored.

Portland Timbers vs New England – All the latest Lineup News

Big troubles for the home side against a completely fresh and ready-for-battle away team.

Many concerns for coach Giovanni Savarese in this game. Dario Zuparic and Larrys Mabiala are both injured and will leave a hole in the heart of the defense. Furthermore, Eryk Williamson has a cruciate ligament rupture and as the most expensive player in the midfield, is expected to have a big impact on the team’s performance. And last but not least – Felipe Mora, the most expensive and important attacking player for Portland (he was the top scorer last season) had knee surgery and will also miss this game.

There are no injuries or suspensions for the away team. We are looking into the attack and we see the likes of Adam Buksa and Gustavo Bou. The first was the top goalscorer for New England with 16 goals last season while the second one scored 15. We expect them to perform well again.

Check the tables below for the most interesting head-to-head and odds news:

Both clubs did great last season – New England finished at the top of the Eastern Conference while Portland Timbers reached the last game in the final part of the season. The home team has many issues in the squad and we expect this to play a huge role in how the game will turn out. We expect a 1:1 draw as it is the most common result between these teams. 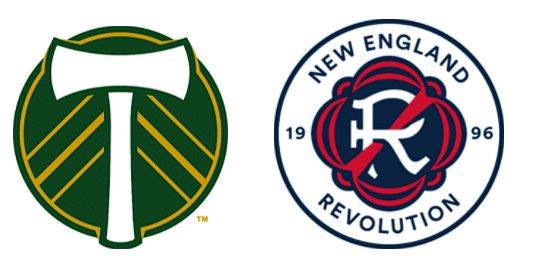 Key Info on the game: