The Portland Timbers will be facing Minnesota Utd on Sunday and in this article, we will go over the top betting lines and picks for the match. If you want to place more MLS betting picks, you can visit our site and check them out. Portland will try to hold on to their playoff seed while Minnesota is outside looking in.

What are the Top Free Picks for the Match?

We reviewed the stats and data for the Portland Timbers vs Minnesota Utd match and came up with the following betting picks:

All betting lines can change at any time, so be sure to see if you are satisfied with them before you place any of the picks above. We used BetMGM's odds for the betting picks above.

Minnesota Utd won four of the last five fixtures they played against Portland Timbers. They also rank second when it comes to form in the last five MLS games out of all the teams in the Western Conference.

Minnesota Utd is lucky enough to have only one injured player – defender Ike Opara has a concussion and hasn't played this season, yet. Portland Timbers haven't had the same luck because five players on their roster are out with injuries.

Four of those players are forwards and they are out because of various injuries. Ismaila Joma (Achilles' tendon) and Jaroslaw Niezgoda (knee injury) have been out most of the season. Cristhian Paredes (thigh injury) and Andy Polo (knee injury) have played a couple of games.

Goalkeeper Jeff Attinella of the Portland Timbers is also out with a thigh injury for several games, so the Timbers’ have a lot of attack power out of commission and it will be tough for them to score to win against Minnesota Utd. 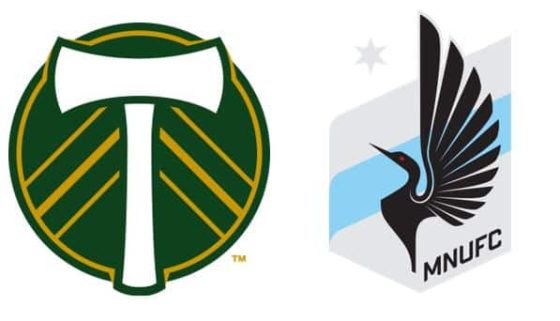