Philadelphia Union will be facing Nashville in the upcoming quarter-final of the MLS playoffs. If you want to see more MLS odds and predictions, you can check out our website.

Let's check out our betting experts’ opinions of the fixture between Philadelphia Union and Nashville.

All odds are from BetMGM and are subject to change. Before wagering, make sure to double-check them via your bet slip.

Nashville and Philadelphia Union have only played together twice in the past and both matches ended with clean sheets. Also, for Philadelphia Union, three of the last five matches they played ended without both teams scoring goals. It's likely that on Sunday, the match will also end without goals from both sides.

When looking at the most recent matches between Philadelphia Union and other teams in the MLS, we can see that only one of the last five ended with a high-scoring outcome over 2.5 goals. For Nashville, it's similar with two of the last five matches ending with over 2.5 total goals. Looking at the head-to-head history between the two teams we can see that all of their matches ended with fewer than 2.5 total goals scored.

Latest bookmaker odds and statistics for the upcoming Philadelphia Union vs Nashville fixture this weekend.

Our Match Conclusion and Injury News for Both Teams

The most likely winner in this match-up according to our experts is Philadelphia Union. Their recent form at home is perfect and they proved that they aren't kidding around by beating New York Red Bulls with a clean sheet in the last 1/8-final match. The winner will be facing either New England Revolution or New York City in the semi-finals depending on who wins. We don't know of any injured or suspended players on both sides, so they will be facing each other at 100%. 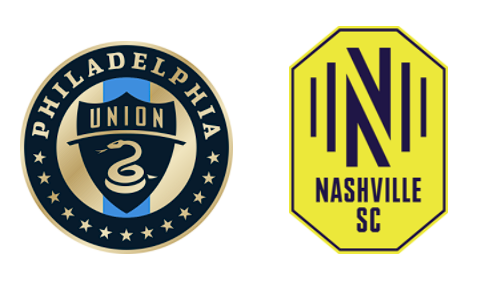 Prevalent Questions and Answers for Sunday