In this article, we will go over the top Philadelphia Union vs Nashville match predictions and free betting picks for their upcoming match on Sunday.

We tasked our experts with finding the top predictions for the upcoming Philadelphia Union vs Nashville match this weekend.

All odds are from BetMGM and are correct at the time of writing. You should check them out via your bet slip before betting because they are subject to change.

Although there have been many draws in both teams’ matches this season, we think that the match this weekend will end with a clean sheet. For example, that's how three of the last five matches for Nashville and the only head-to-head match between the two clubs ended. Also, four of the last five games that Philadelphia Union hosted ended without both teams scoring goals.

Nashville hasn't performed well at the last few away games because they won only one of the last five they traveled to. Also, they haven't won a match for a month now, which isn't good for them, although the draws are keeping them near the top of the table. Philadelphia Union won three of the last four matches they played at home, which gives them plenty of benefits already.

Both teams have had more games that ended with under 2.5 goals throughout the season, including four of the last five matches for Nashville. The only time they played together was in July this year and the match ended with only one goal, so we don't expect many goals on Sunday, as well.

These are the latest match statistics and head-to-head scores for the upcoming MLS match on Sunday between the two clubs.

Philadelphia Union is out with two players for Sunday's match because of injuries. Forward Cory Burke has had an ankle injury since mid-September, and won't be able to play this weekend. Ilson Pereira Dias Junior has been out with a groin injury since August and it isn't known when he will be back.

Nashville doesn't have any injured or suspended players, but that advantage they have over other teams they played against, doesn't seem to be helping them much considering they drew so many matches in the last ten they played. 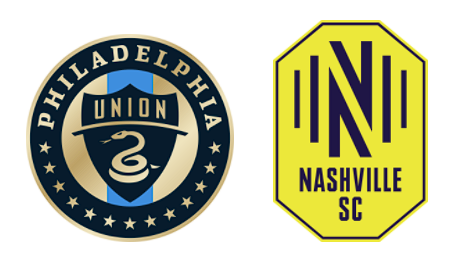