Today, we will check out the Philadelphia Union vs Club America semi-final, and predict the top free picks for the event. If you want to see more CONCACAF Champions League predictions, you can check out our website.

Let's check out the betting picks and predictions for the upcoming CONCACAF Champions League semi-final between Philadelphia Union and Club America.

The odds we used here are from our recommended bookmaker BetMGM, so make sure to check them out on their website, mobile app, or your bet slip.

Three of the last five matches for Philadelphia Union and Club America ended with clean sheets. Also, the first leg between them was a pretty decisive clean sheet win with a two-goal difference in favor of Club America.

Club America and Philadelphia Union have only played together once, and it was last month. The outcome of this match was a clean sheet victory for Club America. Based on the current form of both teams out of the last three games (eight wins and two draws for Club America and five losses and three draws for Union) it's safe to say that things are looking up for the American team.

H2H Data & Recent Match Histories for the Match on Thursday

In the table below, we have gathered the most recent head-to-head data between the two clubs and made sure to include top odds from famous bookies.

This is the second-leg match between Philadelphia Union and Club America, and we don't think it will end any differently than the last time. We described the detailed reasons why we think the match will end this way and what the goal situation will be above.

To recap everything, we don't think there will be a lot of goals based on the recent form of the teams, and Philadelphia Union is going to have a very tough time considering they lost the first leg and Club America got a clean sheet. There also aren't any injured or suspended players on each of the squads, so they will be playing at 100%. 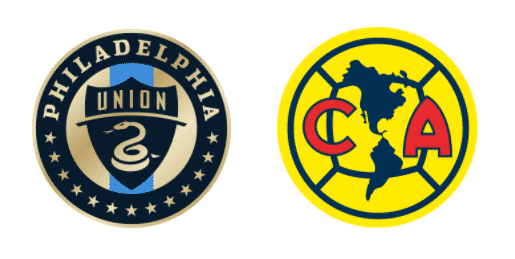