Today, we will go over the Pacific vs HFX Wanderers fixture from the Canadian Premier League. You can check out the latest predictions and betting tips, below. If you want to see more CPL odds and predictions, check out our website.

After our experts went through the Pacific vs HFX Wanderers match, these betting tips are the ones they recommended. All of the betting lines came from the bookmaker BetMGM and are subject to change. You should always double-check the odds for changes before you place any bets.

Here, you can check out the latest lineup information regarding the upcoming Canadian Premier League fixture.

There aren't any injured or suspended players from Pacific FC, so they will be playing at 100% this weekend. Nathan Mavila is at risk of suspension with four yellow cards.

The only injured player from HFX Wanderers is João Morelli who will be out until the end of December this year because of a cruciate ligament injury. There aren't any suspensions on the team right now but Andre Rampersad is at risk of suspension with four yellow cards.

Match Statistics and Scores for Pacific vs HFX Wanderers

The tables below are full of the latest head-to-head statistics and scores for the Pacific vs HFX Wanderers fixture.

The upcoming match between Pacific and HFX Wanderers is going to be an interesting one. We think that it will end with more than 2.5 total goals scored, but we don't think that the match will end with both teams scoring goals. 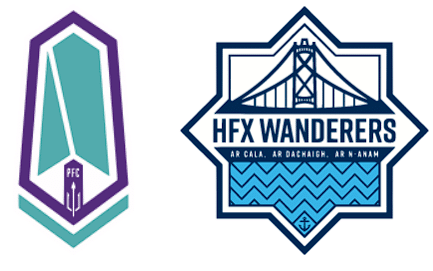 Top Questions & Answers Regarding the Match on Thursday