This is a preview of the Pachuca vs Toluca Liga MX fixture scheduled for 14th September 2021. We also have the best free predictions for this fixture in this post.

Soccer predictions for the Liga MX fixture at Football Whispers have no bias and are based on in-depth review and analysis of available team stats, data, and information. The following are our best three predictions for Pachuca vs Toluca:

Toluca to draw or win

Toluca is our favorite to win this game, albeit, it won’t come easy. The visitors are currently third on the Liga MX table after seven games and seven points clear of Pachuca that has played six matches. They have only lost once in the last seven games and are having a good run of form coming to this game.

We are tipping draw at the break in this fixture. Despite a troubled defense that has cost Pachuca four of their last seven games; the hosts should bank on their 2-match resurgence to defend against Toluca. Both teams conceded only a goal in the last two games and have a similar result of 1W and 1D in as many games. A draw at the break is plausible.

We don’t expect a high-scoring match when Pachuca hosts Toluca on 14th September 2021 for round 8 of Liga MX fixtures. The hosts have a game in hand coming to this fixture and will fight to register the third consecutive match without defeat. For, we expect a tense match with both sides looking to sit back more than attacking. Fewer than three goals for Pachuca for Toluca come with great odds on Grosvenor Sport.

Pachuca vs Toluca: Team Stats, the Best Odds and H2H

In the tables below, we share the latest team stats, H2H, and bookmakers with the best odds for this fixture.

This fixture comes at the perfect time for Pachuca’s head coach, Paulo Pezzolano. The Uruguayan tactician previously defeated his opponent and hopes for a second win over Herman Cristante. The hosts have picked up form on the back of three consecutive defeats and are now undefeated in two games. The big question is can Pachuca extend their run to three games and hopefully make it to the twelfth spot?

These teams have had 17 encounters since March 2010 during which there have been five. The hosts have 5W while Toluca has 8W. The records show that these teams have always displayed equal strength against each other. Pachuca has 1W, 1D, 3L while Toluca has 2W, 2D and 1L in the last five games. At the managerial level, Pachuca’s head coach averages 1.37 points in 62 games while the visiting coach has 1.56 points in 27 games. 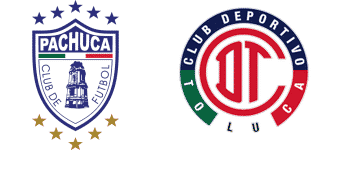 Oscar Mejia Garcia is the referee slotted for this game.

Where is the venue for this fixture?

The match will be played at Estadio Miguel Hidalgo in Pachuca de Soto, Mexico.

Liga MX live stream – what are my legal options in the USA?