Pachuca is back at the top of the table in Liga MX and would like to keep it that way.

Pachuca vs Tijuana: Predictions and Betting Lines For This Game

Tijuana is performing poorly in Liga MX and the record in the away games against Pachuca is horrible:

Pachuca is at the top of the table in Liga MX while Tijuana is currently in the 11th position. Pachuca has won six of the last 10 games against Tijuana. The other four were won by Tijuana. It’s vital that we say that all of the last five home games for Pachuca resulted in victories. Estadio Hidalgo is a nightmare stadium for Tijuana and we fully expect the already struggling team to lose this game.

As we mentioned, all five of the last visits at Estadio Hidalgo were lost. Not only that, but Tijuana scored only three goals against Pachuca’s 14. Tijuana didn’t score in the last two away games in Liga MX – the 2:0 loss against Tigres UANL and the humiliating 4:0 defeat from Santos Laguna. Atlas and Monterrey are the only teams in the Clausura with better defensive momentum than Pachuca. It will be hard for Tijuana (which has the 2nd worst attack in the Clausura) to penetrate the great Pachuca defense.

Squad details for Pachuca vs Tijuana

Erick Sanchez continues to impress in the attack as he now has six assists. This makes him the 5th best creator in the league. Victor Guzman is enjoying the love of Pachuca’s fans right now as he was voted MVP in the extremely important game against Tigres UANL in the last fixture. He scored on two occasions and got his team back to the top.

Jonathan Orozco conceded four goals in the last two away games and he seems to struggle away from home. Lisandro Lopez is on penalty duty and he did manage to score the last goal for his team. 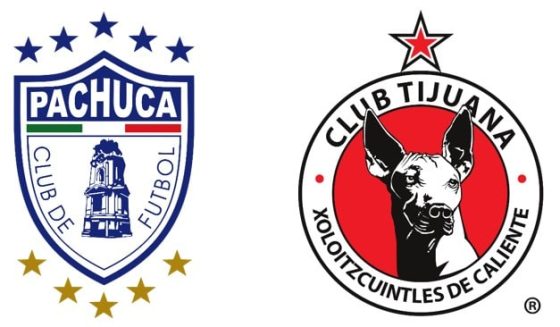 Odds and Stats for the Pachuca vs Tijuana game

The head-to-head statistics are below:

Tijuana has one victory and six losses in the last seven Liga MX games. Pachuca hasn’t lost a single game in the last seven – four victories and three draws. Pachuca is the 2nd most productive team in the attack and has the 3rd best defense. It’s hard to make any case for a team that has scored only 10 goals in the last 12 games like Tijuana.

Key Q&A For The Pachuca vs Tijuana Clash: