An expected even game is ahead of us on the 17th of October with Pachuca and Santos Laguna going up against each other in a vicious derby for a better position.

Check out the information below, supplied by our soccer experts, for valuable statistics about the game ahead. For more expert soccer picks, please visit our dedicated page.

Santos Laguna is a bit higher up the table than their opponent Pachuca, but that wouldn’t matter much because both teams will be looking not to win in the game as they are also dangerously close to losing their final series play-offs spot. In the last 5 games between the two teams, 2 resulted in wins for Pachuca, but 3 ended in draws. Pachuca will have some difficulties at the back with Oscar Murilo doubtful to start due to injury and Matias Catalan out with suspension.

In the last 10 games between the two teams, 6 resulted without a goal for one or both of the sides in the upcoming clash. The fear of losing the game and sinking lower in the ranking might result in both teams being cautious with their offensive movement. Thus, a defensive and tactical game is suggested.

7 of the last 10 games between Pachuca and Santos Laguna ended in a goal drought. Most of the last few games for Pachuca also ended in very few goals being scored. The situation for Santos Laguna isn’t very different with 3 of the last 5 games ending in under 2.5 goals. Both teams have one of the best defenses in the league and they concede goals rather seldomly. The offensive power of the teams on the other hand isn’t amongst the highest-scoring ones in Liga MX.

Head-to-head data for the Pachuca vs Santos Laguna game

Those are the key head-to-head statistics and odds for Pachuca vs Santos Laguna match:

Battle for the mid-ranking

The teams enter a game, predicted to end in a goal drought draw. A loss for any side could mean sinking low in the Liga MX table. Something neither one of them could risk. There are some defensive injuries in both camps, but there are enough quality players hungry for a chance to earn a first-place spot in the camps. Judging by the results from past games and the lack of goals there we can make the conclusion that a narrow win for Santos Laguna or a 1:1 Draw is the most likely outcome. 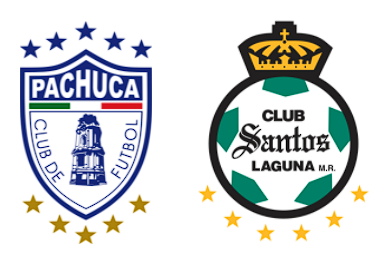 Common questions for the Pachuca vs Santos Laguna game: