Puebla was doing slightly better at the beginning of the Clausura but it’s not like the current momentum of the team is a joke.

Pachuca should take this clash very seriously as Puebla’s recent misfortune is no reason for letting your guard down.

Puebla is currently in the 3rd position in Liga MX with 23 points but the team’s flair is gone. Puebla has one victory, two draws, and two losses in the last five league games while Pachuca is enjoying life at the top of the table with 32 points and three victories, a draw, and a loss in the last five league games. The head-to-heads aren’t in favor of Puebla either – seven victories for Pachuca, two draws, and only one loss against Puebla.

A bit of a risky one but a prediction that has solid reasoning behind it. The most common thing we see from this rivalry is a Pachuca victory and the most common result is the 1:0 home win. It will be hard for Puebla to score at Estadio Hidalgo as Pachuca has the 2nd best defense in the league and has conceded only 13 goals in 14 games so far.

Squad Insight And Info on Pachuca vs Puebla

Both coaches will enjoy their best 11 men for this game.

Erick Sanchez was the hero for Pachuca in the last game against Puebla as he scored a late-winning goal. We believe he will enter this clash with a lot of confidence. Aviles Hurtado is the player that has to be careful. He gave away too many free-kicks this season because of his reckless tackles and was decorated with 11 yellow cards so far as a result.

Antony Silva isn’t doing great keeping the goals away from his net. He conceded two goals in each of the last four league games. We think he isn’t going to have a great game against Pachuca either. 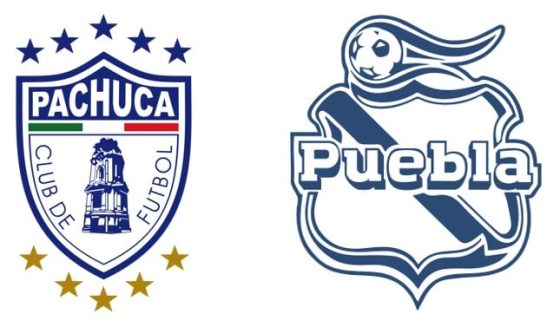 Odds and Stats for the Pachuca vs Puebla game

Pachuca to Remain At The Top

Pachuca has Tigres UANL breathing down their necks. Any mistakes in Liga MX will be punished by coach Miguel Herrera and his boys. Playing at Estadio Hidalgo is always a relief for Pachuca as the team is feeling quite comfortable at home – three victories and two draws in the last five league games. We think another victory is on its way but it’s not going to be an easy one – a 1:0 home victory should do the trick.

Key Q&A for the following game: