The bottom half of the table clash between Pachuca and Necaxa will be awaiting us on the 21st of September. This article will inform you about the best free betting tips for this match.

Here are our team of experts’ handpicked betting tips:

The odds are true at the time of writing, however, you should always check your bet slip before placing your final bet. The odds are subject to constant changes without notice.  Our recommended bookmaker for this match is BetMGM.

This matchup features two fairly equally ranked sides. Sitting at the 15th spot Pachuca is trailing its opponent with 3 places, but also has a game less. Both squads already faced most of the top-ranked clubs, suffering defeats in the majority of their games. Head-to-head, the most common outcome has been a Draw in 50% of their recent games. Necaxa has played 9 games without having a draw so far, and we believe that this might be their first of the campaign.

None of the two clubs can praise themselves for the immaculate defense, which instantly leads us towards the BTTS – Yes option. Pachuca has conceded in 75% of its games, while Necaxa has allowed a goal again in 75% of its visiting games. Both sides average over 1.25 goals conceded per game, so we expect to see some action unfolding.

As we just covered, these two teams’ games involve a lot of scoring so it's natural that we opt for the Over 2.5 Goals bet. 50% of Pachuca and 78% of Necaxa’s games in the current campaign have also finished with 3 or more goals scored. Head-to-head, 4 of their last 5 meetings have had an over 2.5 goals result, including a match with 8 total goals.

Pachuca vs Necaxa: The latest stats and selection of the best odds

On the opening day of the season, one of the games that tracked the most attention was the clash between Pachuca and Leon. Usually a favorite, Leon was dismantled 4-0 by Pachuca. However, the club couldn't keep up with this performance. Their following 7 games consisted of 5 defeats a win and a draw.

Necaxa has had an average season by its own standards. The club’s highlight of the season is winning 2-0 against Atletico San Luis while once again playing as visitors. Necaxa is one of the highest conceding sides in the Apertura, with only Tijuana and Mazatlan conceding more goals. 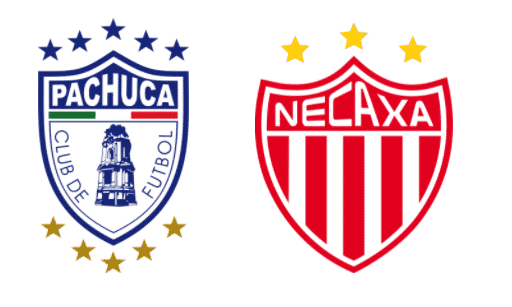