Neither of these have shown amazing form in recent matches; in the season opener though something has to give. The question is, what? Find out with our Pachuca vs Leon match preview with free tips, predictions and odds mentioned along the way.

Our top bets for Pachuca vs Leon

Playing your match result prediction down the line of a draw is always the most ambitious bet. It's where the best value is on this game though. Pachuca haven't won in five matches whilst Leon only have the two victories to their name. With neither side on sparkling form you'd expect the match to be a tight one; that combined with two of the last three head to heads ending level is why we're expecting a draw.

Could Leon edge it?

Our first prediction was a draw. Well, we're still covering that outcome but with a hand on an away win for Leon too. The odds are still more than respectable too. The reason we edge towards Leon not Pachuca is simple really; they've got won a couple of games of late compared to their hosts that have lost four of five and they dominate the head to head. Of the last 10 meetings, Pachuca have won just two; both came in 2018 with Leon winning five and drawing three.

Our final tip is for there to be over 2.5 goals. Although form has been lacking for both teams goals have most certainly not. Pachuca have seen a total of 14 goals in their last five whilst Leon have served up an eyebrow raising 19. When you do the maths that's a 2.8 and 3.8 per game. On top of all that you've got the head to head to think about again; the last couple of meetings have been rather tame but the last 10 have still served up 27 goals. It all combines to make a minimum of three goals looks very likely.

Pachuca vs Leon: The latest form

An even contest lays in wait

Pachuca's run of five games without a win is not good. There is simply no other way of putting it; prior to that though they had won five on the spin so it just shows+O17 how quickly things can change. The home side will need to mastermind their own transformation though. In order to do that they'll be looking to Roberto de la Rosa for inspiration. After winning the Apertura last season, Leon will be disappointed by their latest string of results. Even so, they have the ability to turn it on at times. Their main threat will come courtesy of Angel Mena; he's hit well into double figures three seasons running.

Final thoughts on Pachuca vs Leon 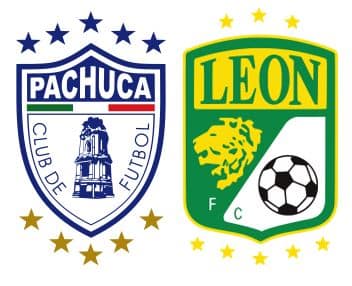