Club America travel to the Estadio Hidalgo looking to get a positive result that would keep them at the top of the standings. Club America have been the best team in Liga MX for a while with 21 points from the opening 10 matches.

Pachuca brought an end to a three-game winless sequence by getting a narrow 1-0 success over Necaxa at home. Club America, meanwhile, had to end more disappointment in the domestic games following the goalless draw against Guadalajara.

Club America might not have picked up a victory in the last two league matches, but they have been one of the consistent performers in the current Liga MX campaign so far. Pachuca come into the game fresh from the recent win over Necaxa and they also have home advantage. However, the quality of Club America would be significantly greater than many of the opponents that Pachuca have faced so far.

Pachuca have been able to score in four out of the last five matches, while a similar sort of a record also extends for Club America. Both teams have a potential to score goals even if it is struggling to hit great heights. Both clubs have had a mediocre run in front of goal so far, but the overall position of these two teams suggests a turnaround of goals.

Club America have been able to score in five consecutive away matches since the opening away game draw against Querétaro. Pachuca have also come up with a string of goals that would see them score in three out of the four home games.

Top Betting Odds and Stats for Pachuca vs Club America

Pachuca are sitting just outside the top 12 positions going into the key round of fixtures. The club’s recent win over Necaxa comes as a huge relief in the context of the overall season. Just when it seemed that Pachuca might end up losing hope of finishing in the top 12, this victory has once again revived those hopes.

Club America are coming under pressure from the likes of Monterrey and Toluca, who are just a point behind even if they have played a game more. This is all down to the recent run of form that has been quite mediocre for Club America. There are no injury problems for Club America coach Santiago Solari.

Questions about Pachuca vs Club America 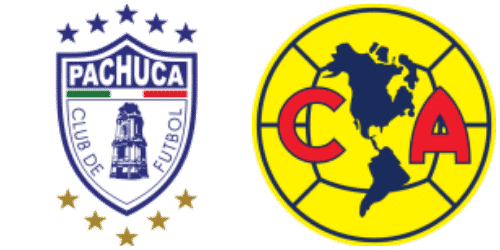 Where is the match scheduled? Estadio Hidalgo

Which team is the favorite to win? Pachuca