The next Liga MX match in our series is Pachuca vs Atlas, and today we will check out the top free picks and predictions for the event.

Below, you can see the top betting picks and lines for the Liga MX match between Pachuca and Atlas on Tuesday. If you want to see more Liga MX odds and predictions, you can visit our site.

These are the latest betting lines, but they could change at any time. This means that you should double-check them beforehand.

Five of the last fixtures for Atlas ended with clean sheets, and three of the last four head-to-head games against Pachuca, also ended the same way. Pachuca played only one BTTS game out of the last two this Liga MX season.

Check out the most recent matches, scores, and odds for the upcoming Liga MX match between Pachuca and Atlas.

In the past, Pachuca won most of the head-to-head games against Atlas only one of the last ten head-to-head matches between the clubs ended in favor of Atlas. We believe that that will change on Tuesday because Pachuca isn't in the best form considering the recent games they played.

There is also a low chance of many goals being scored during the game because many of the head-to-head games between the teams ended with less than 2.5 total goals scored. There are no injured or suspended players on either of the teams, so they will be facing each other with full squads on Tuesday.

Pachuca's recent form lacks and although they have one win and one loss this Liga MX season, Atlas is in better form and won during the last head-to-head. 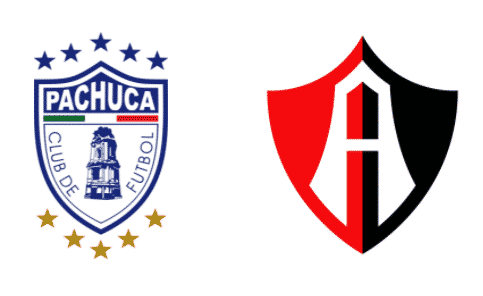 Popular Questions About the Match on Tuesday