We listed our top free picks for the event below, and if you are interested in seeing more MLS predictions and odds, you are welcome to visit our latest articles.

We got the betting lines from BetMGM's platform and they could change at any time, so check out their site or your bet slip before placing any of these wagers.

Latest Statistics and Data for Orlando City vs Inter Miami

These are the top statistics and recent scores for both Orlando City and Inter Miami.

Preview, Injuries, and News Regarding Orlando City vs Inter Miami

Orlando City is currently twelve points ahead of Inter Miami in the Eastern Conference table. Both teams have several injured players that won't be able to make it to Saturday's game. Orlando City's Oriol Rosell and Jhegson Mendez are out with buttock injuries and long-term injured forward Pato is still out with a knee injury.

On the other side of the pitch, Inter Miami will miss four defenders on Saturday, which will severely affect them. Among the injured are Joevin Jones, Ian Fray, Ryan Shawcross, and Ventura Alvarado Aispuro. We aren't 100% sure but Fray might be able to play if his injury has healed and the doctors allow it. He has been out since June this year and is questionable for Saturday. 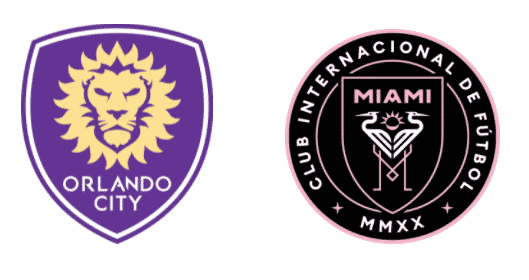