In this article, you can find the top free betting picks, odds, and predictions for the Orlando City vs Dallas match this weekend. If you want to see more MLS odds, and betting picks, head over to our website's latest articles.

Here, you can see our betting experts’ take on the upcoming Orlando City vs Dallas match.  All odds for the upcoming match are from BetMGM, our recommended bookmaker for this match. Before confirming make sure to double-check all odds because they are subject to change.

We think that both teams will score during Sunday's match, as it happened in four of the last five matches for both Orlando City and Dallas. We haven't seen that many BTTS outcomes between these two teams in the past, but this time things will be different.

Suspensions and Injuries for Orlando City vs Dallas

Here, you can check out the most recent suspensions or injuries for the upcoming Orlando City vs Dallas fixture.

Orlando City doesn't have any suspensions, but defender Carlos Antonio is out since April because of an injury.

Dallas doesn't have any suspended players at this time, but forward Alan Velasco got injured in the middle of this month.

Below, you can check out the most recent match histories and stats for the Orlando City vs Dallas match on Sunday.

Our Conclusion About the Orlando City vs Dallas Fixture

The last time Orlando City hosted a game against Dallas it went in their favor. So, we think that Sunday's match is going to go in the same direction it went the last time these teams played together at Exploria Stadium. We also think that this game won't go like most of their previous head-to-head fixtures, and we will see both teams scoring goals. 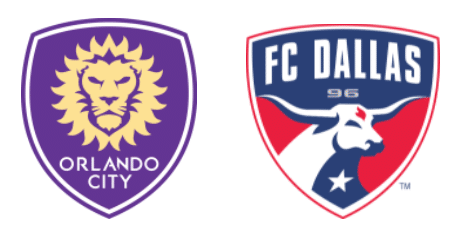