These are the top Orlando City betting picks and predictions we came up with after reviewing the fixture in detail. If you want to see more MLS predictions, you can visit our website's latest content.

The list below contains the latest betting picks and betting lines for the Orlando City vs Chicago Fire match on Sunday.

All odds are from BetMGM's platform and can get updated at any time after we post this, so make sure you check them out before wagering.

Let's go over the Orlando City vs Chicago Fire match histories and recent scores. We also included the top odds from major bookmakers.

Chicago Fire will only miss two players because of injuries this weekend – Kenneth Kronholm is out with a long-term knee injury and Ignacio Alised hasn't played in the last three fixtures because of a shin injury.

Orlando City has only two new injuries – defender Oriol Rosell and forwards Nani who have missed the last fixtures because of buttock injuries. Forward Pato and goalkeeper Pedro Gallese have been out for longer with various injuries.

Based on the recent form of both clubs, we believe that Chicago Fire has a better chance to win despite being lower in the league table compared to Orlando City. 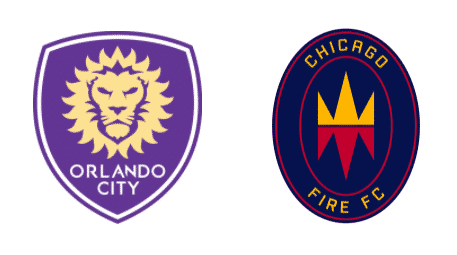