New York Red Bulls will be delighted to get back home after two difficult away trips and they are up against an unbeaten Orlando City outfit at the Red Bull Arena this weekend.

New York Red Bulls lost for a second consecutive match after falling 3-1 to New England Revolution at the Gillette Stadium. Orlando City remained unbeaten in the league following a narrow 1-0 win over Toronto at home. The best picks for this match are:

New York Red Bulls will be relieved to get back to the Red Bull Arena after losing back-to-back games, but Orlando City might just have the right combination of players and tactics to capitalize on the Red Bulls being quite indecisive so far this season. Gerhard Struber’s men have been losing possession very easily in dangerous places and Orlando City are quite good on the counter.

The games involving Orlando have witnessed a close contest even if the team has stayed unbeaten so far this season. Oscar Pareja’s have had just one win with a margin greater than two goals. Red Bulls are expected to put up a fight at home. The last three games between these two clubs at the Red Bull Arena have produced a total of just four goals.

Orlando City to score under 1.5

Orlando City have not been among goals so far even if they have been a resilient bunch. Oscar Pareja has seen his team score only seven goals from the opening six matches. Even though the Red Bulls have managed just half the points tally of Orlando, they have scored more.

The Red Bull Arena can be a source of comfort for New York Red Bulls, who have lost only once in the last five competitive matches on this ground. The team has been committing too many mistakes, especially in away matches. It is unlikely that Struber will have a rethink of the tactics, as the possession style of game from the team can still pay off. Florian Valot, Youba Diarra, and Jason Pendant are unavailable for the Red Bulls.

Oscar Pareja has made Orlando a strong outfit so much so that they have emerged as a strong contender to top the eastern conference in this early part of the season. Orlando might not be among goals, but the team are just two points off the top. They also have a game in hand, which could potentially see them leapfrog New England Revolution. Alexandre Pato and Oriol Rosell are unavailable for Orlando. 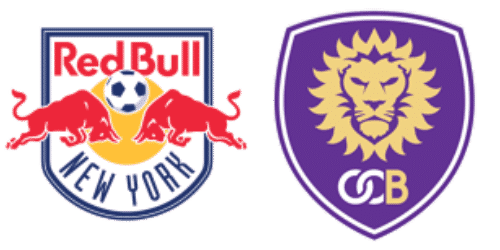 Where is the match going to take place? – Red Bull Arena

Who is the favorite team to win the game? New York Red Bulls