Let's check out the most important predictions and odds for the upcoming New York RB vs Minnesota United fixture, which will be played this Monday morning. If you want to see more MLS betting picks and odds, you can check out our website.

Our betting experts reviewed the match and came up with these two top predictions. All odds are from BetMGM and are subject to change. Make sure to double-check your bet slip before continuing.

In this section, you can check out the latest team news and injuries for both teams.

New York RB will only miss Wikelman Carmona and Andres Reyes because of injuries and they have been gone since last November.

There aren't any injuries or suspensions at Minnesota United this week, so they will be playing at 100%.

In these tables, you can check out the latest match stats and data for the upcoming New York RB vs Minnesota United fixture. 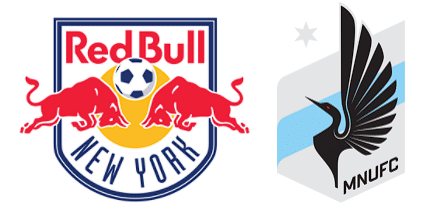