New York RB will be facing Atlanta Utd in one of their last fixtures this season on the 4th of November. If you want to see the best picks and lines for the match, continue reading.

The list below contains the top free betting picks and predictions for the upcoming New York RB vs Atlanta Utd fixture. For more MLS predictions, you can check out our latest articles.

The odds you see here are from BetMGM and are correct at the time of writing. Make sure you double-check them all before placing these bets.

New York RB has improved their form recently with four wins out of the last five matches they played. They barely qualified for the playoffs because of it, but now it's up to them to keep their position until the end of the season. Atlanta Utd lost or drew three of the last five matches they played and even if they have a one-point advantage over their current opponents, their form is lacking.

Below, you can check out the most recent match statistics and odds for the upcoming New York RB vs Atlanta Utd match.

Compared to other teams in the MLS, New York RB and Atlanta Utd don't have that many injured players. Each of the teams has two players out because of injuries. Omir Fernandez has missed three matches already because of his muscle injuries and Aaron Long has been out for almost the whole season because of his Achilles Tendon injury. For Atlanta Utd, the two injured players are – midfielders Santiago Sosa and Emerson Hyndman. 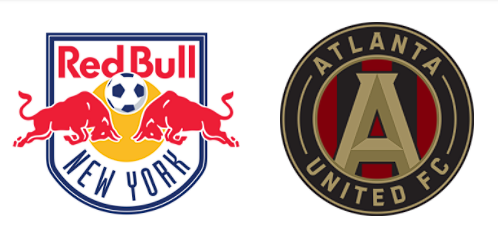