The CONCACAF Champions League is back with another interesting semi-final where two US teams will battle it out for the opportunity to play in the finals against someone from Cruz Azul or Pumas UNAM.

The first leg didn’t go as plan for New York City but now at Red Bull Arena things will be different:.

This clash is famous for two things – whoever hosts the game usually is the winner is one of them. Such was the case in the last four games. The first leg in this CONCACAF Champions League game was won by Seattle Sounders with a 3:1 result. New York City won the last two games that were played at Red Bull Arena against Seattle Sounders. New York City isn’t enjoying the best start in MLS and this semi-final could be a nice compensation for the fans if the victory is achieved.

Such was the case in five of the six games between these two teams. The last game had four goals! All of the games played at Red Bull Arena had three or more goals being scored. Seattle Sounders has a somewhat disappointing defense in the MLS and has conceded six goals in five games so far.

An injury issue in the home team might make things easier for Seattle Sounders in the attack.

Anton Tinnerholm is New York City’s main right-backs but he is injured and will miss this game. Thiago Andrade scored a nice goal against Seattle Sounders in the last game and is expected to have a good game against them in the second leg as well.

Nicolas Lodeiro scored the penalty in the first leg and had a good night overall. He is expected to be in the starting 11 against New York City and is the away’s team main hope in the attack. 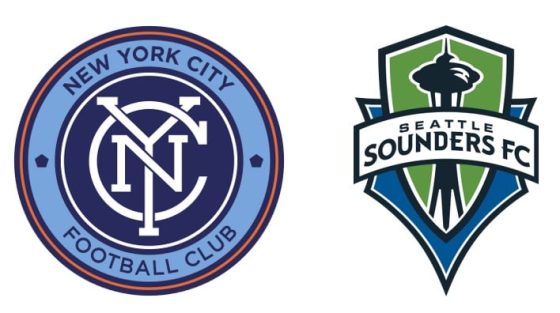 Head-to-head and odds knowledge can be located below:

New York City may have lost the battle but not the war. The team played very convincingly in the last two games against Seattle Sounders at Red Bull Arena. Seattle Sounders will face a completely different team than the one from the first leg. A 2:0 victory for New York City should surprise no one.

Major Q&A For This Clash: