In this article, we will go over New York City vs Real Salt Lake MLS game to find the best betting picks and predictions for it. If you are interested in more MLS odds, you can take a look at our website.

We gave our betting experts time to come up with the top betting picks and predictions for New York City vs Real Salt Lake MLS next week and this is what they gave us. All BetMGM odds listed here are subject to change, so make sure you head to your bet slip and check them out before wagering.

Here, you can check out the most recent injuries and team news for both squads this weekend.

There is only one injury from New York City – Anton Tinnerholm who has been out since last year. Other than that, there aren't any other injuries or suspensions.

Real Salt Lake is left with only two players on their injury list this week – Zackery Farnsworth and David Ochoa. There aren't any suspensions right now from the team.

We gathered all the recent statistics and match histories for both teams, so you can see for yourself where our predictions come from.

We think that Sunday's match will end in Real Salt Lake's favor rather than New York City's. Based on the teams’ most recent form and the past games they played together. Also, both teams' scoring seems to be a likely outcome for the game. 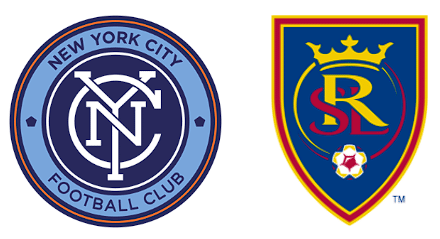