In this article, you can take a look at the top free betting picks and predictions for the upcoming New York City vs Nashville fixture this weekend.

We reviewed the betting options and the match this weekend, and we came up with these free picks for the match.

All odds are from the BetMGM bookmaker platform and are subject to change. That means that you should check out the odds on your bet slip before you confirm these bets.

The most recent match between New York City and Nashville ended with goals from both sides of the pitch. Also, three of the last five matches for both teams ended with a BTTS outcome.

In the tables below, you can check out the latest match statistics and head-to-head data for New York City vs Nashville on Sunday.

Nashville and New York City are two of the top teams in the Eastern Conference table. They are placed at the second (Nashville) and fourth (New York City) position, but won't get any higher soon if they don't improve their form. In the past, they have only played twice, but the most recent match between them ended in favor of Nashville. Both teams will be playing at 100% because there are no injured or suspended players on either of the squads. 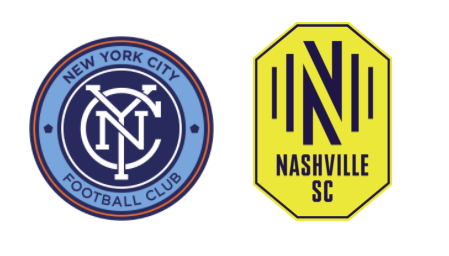