Read our top betting suggestions for the New York City vs Atlanta Utd MLS fixture below, and if you want more MLS betting picks, you can open our site.

New York City and Atlanta Utd will face each other on Thursday and below you can see our suggestions for the top betting picks.

The betting lines you saw above came from the bookmaker BetMGM and you should check them out on your bet slip before placing any wagers because all odds are subject to change.

Atlanta Utd has lost only one MLS game in the last eight they played this season, while New York City lost three of the last eight MLS fixtures they participated in. Atlanta Utd also won three of the last four head-to-head games against New York City. Both have eleven points in the Eastern Conference table and this Thursday game will be very important, especially if one of them can get three points out of this fixture.

The last three matches New York City and Atlanta Utd played against each other resulted in more than 2.5 total goals each time. 50% of Atlanta Utd's last eight fixtures and five out of the last eight matches for New York City were with a total number of goals over 2.5 per game.

Our Match Preview for New York City vs Atlanta Utd

Atlanta Utd will only be missing their forward Jurgen Damm due to an injury. For New York City, forward Heber and midfielder Gedion Zelalem won't be able to make Thursday's game due to knee and muscle injuries.

Although most bookmakers believe that New York City will win because they did the last time, they played Atlanta Utd in 2019, we don't think so. Based on the recent form for both teams, we think that Atlanta is more likely to either win or draw against New York City. 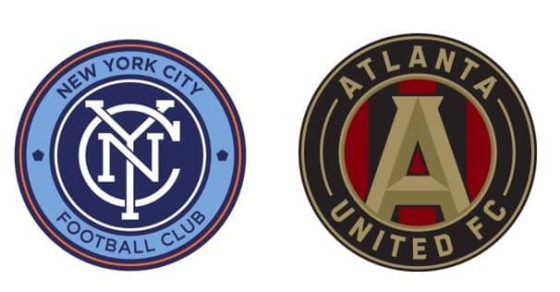 Popular Q&As Regarding the Thursday Match