In this article, we will check out the New York City vs Sporting KC match, which will be played on Thursday. Stay tuned for more information on the fixture and check out our website for the latest MLS odds.

We received the top betting lines, free picks, and predictions for the New York City vs Sporting KC from our betting experts. All odds here are from BetMGM and are correct at the time of writing. But they are also subject to change, so make sure to double-check them via your bet slip before confirming.

We think that a high-scoring outcome is most likely during Sunday's match. That's because four of the last five matches for New York City and three of the last four games for Sporting KC all ended with over 2.5 total goals scored. Also, the last time these two teams faced each other, we saw that the game ended in the same manner.

Lineups and Injuries for New York City vs Sporting KC

These are the most recent squad injuries and suspensions for both teams.

The only injury on New York City's squad is Anton Tinnerholm who is healing from an Achilles tendon injury. There are no suspended players.

Sporting KC also doesn't have any suspended players, but two of their own are injured right now – Gadi Kinda and Alan Pulido.

The data below contains the most recent head-to-head scores and matches for both teams.

Both teams play in different conferences but judging by the number of games both teams played and the results, it's safe to say that New York City is in a better form and they will most likely win the match this weekend. We also suspect more than a few goals will be scored during the match. 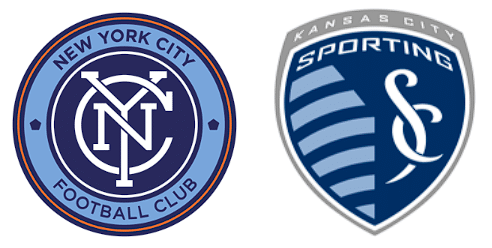