Today, we will go over the predictions and betting picks we came up with regarding the New England vs Real Salt Lake fixture on Sunday. If you want to check out more MLS odds and predictions, head over to our website.

We went over the data and these three betting picks are our top choices for the New England vs Real Salt Lake event on Sunday. Keep in mind that you have to check out the betting lines before betting because they are subject to change. The lines we used here are from our recommended bookmaker – BetMGM.

Here are the injury reports for Sunday's match:

Only goalkeeper Matt Turner would be out for this match because of an injury he suffered at the beginning of February.

Only Zackery Farnsworth has been injured since last year, but another four players will also miss out on the match. Nick Besler, Aaron Herrera, David Ochoa, and Rubio Rubin were all injured less than a week ago and won't be playing.

Below, you can check out the latest betting odds from popular bookmakers, the most recent statistics, and scores for both teams.

New England has a better chance of winning this match even though both of these teams haven't lost a match in the new MLS season, so far. Seeing their history with each other a draw is also very likely, so a double chance bet is best, especially if the odds are good. 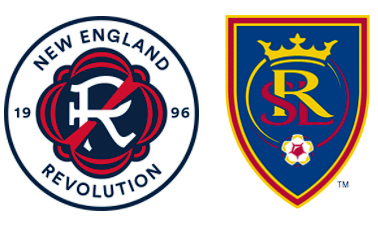