Let's talk about the New England vs Columbus Crew fixture, which will be on the 19th of September (Sunday). If you want to see more League One predictions and free betting tips, don't hesitate to visit our website.

In the list below, you can check out our top free betting picks for the New England vs Columbus Crew match this weekend.

All odds from BetMGM are subject to change. Make sure to double-check them before you place any of these bets.

Both clubs have plenty of goals scored in recent weeks during their games, so it's safe to say we expect it again this weekend. Seven of the last ten games played by New England and Columbus Crew ended with both teams scoring goals.

New England is at the top of the table when it comes to games with most goals this season (average of three goals per game). Sixteen out of the twenty-five matches they played this season ended with over 2.5 total goals. Also, four of the last five fixtures for Columbus Crew ended that way, as well.

In the tables below, you will have to check out the New England vs Columbus Crew stats and data for their upcoming clash this weekend.

New England is twenty-five points ahead of Columbus Crew at the moment in the Eastern Conference table. That's a pretty solid advantage to have and the first place is most likely going to stay theirs for the next few weeks. They don't have any injuries or suspended players so, it will be even tougher for the Crew.

Columbus Crew is at a disadvantage, not only when it comes to recent form, but also when it comes to player injuries. Four of their players are out and won't play on Sunday, including Artur, Morris, and Kitchen. Kevin Molino is also out with an injury since August. 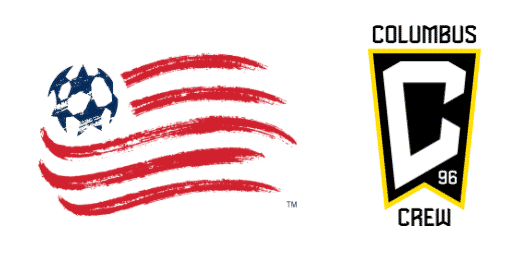