Today, we will check out the New England vs Colorado Rapids fixture. If you wondered which line is the best for you, then read our article below. For more MLS odds and predictions, you can check out our website's latest articles.

Our betting experts recommended these top three betting picks and predictions for the New England vs Colorado Rapids fixture.

These odds are all from BetMGM and can change at any time. This means that you should double-check your bet slip before confirming.

New England is the best team out of the Eastern Conference, and their opponents Colorado Rapids are among the top three in the Western Conference. Revolution won three of the last four games they played against Colorado Rapids in the past, so it's easy to see them winning this week. They haven't lost a game since August, while the Rapids lost or drew three of the last five matches they played.

In these tables, you can check out the latest odds and match statistics for New England vs Colorado Rapids.

New England recently had a few draws, but at least they didn't lose any of their recent matches. On the other hand, Colorado Rapids lost two of the last five matches they played. On top of this, remember all the arguments we made in previous paragraphs and you will begin to see why we believe New England will take the three points here. Neither one of the teams has any injured or suspended players, so they will all be playing at 100% on Thursday. 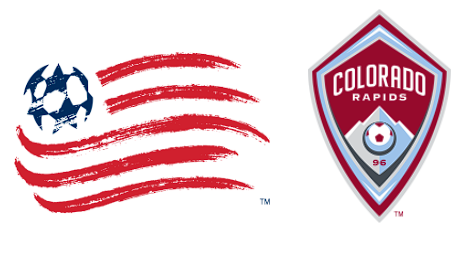