Necaxa and Tijuana are two struggling outfits in the bottom levels of the Liga MX. The two outfits will be hoping that this match acts as a turnaround to the fortunes.

Necaxa fell to a fourth consecutive defeat after being beaten 1-0 by Pachuca. An early goal from Aviles Hurtado was sufficient to keep Necaxa closer to the bottom few places. Tijuana picked up a point from the home game against Mazatlán following a goalless draw.

This is a match between two teams who have been in very poor form. Necaxa have been struggling to get anything out of the games. The situation is especially worrying considering that the team has not scored in the last three games while conceding seven in response. Tijuana are in a slightly better spot compared to this horrendous run, as they have at least showed some fighting spirit in recent games. Tijuana have also lost only once in the last four matches. Tijuana might be able to grab something out of this game.

Tijuana failed to score during the weekend against Mazatlán, but it is the first occasion in the last four when such an event has happened. Even in the last four away games, Tijuana have been unable to score only once. However, the lack of goals in this match up could be done to the home team struggling for confidence and form.

Necaxa have not scored in the last three matches. This includes one of those games at home against Atlas, who are the top end of the Liga MX table. Meanwhile, Tijuana have the potential to spring a surprise in this away game, as they have done in 2019.

Top Betting Odds and Stats for Necaxa vs Tijuana

Necaxa have gone through a number of high scoring fixture that have produced little joy for the team in many regards. It may not be long before Necaxa drop to the bottom of the table if they continue on the recent run of results.

Tijuana have been able to establish a decent record against Necaxa with four wins in the last six meetings. Even though a bulk of these victories have come at home, Tijuana are no strangers to getting the better of Necaxa when it really matters the most. There are no fitness worries in the squad for Tijuana coach Robert Siboldi.

Questions about Necaxa vs Tijuana 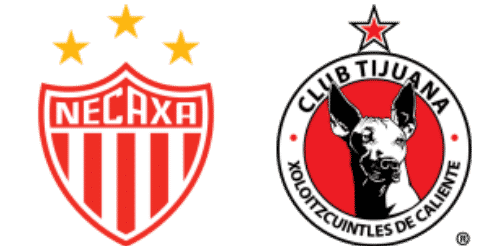 Where is the match scheduled? Estadio Victoria de Aguascalientes

Which team is the favorite to win? Necaxa