Necaxa and Santos Laguna had forgettable seasons last year. It's a new year now though so who will get off to a winning start? Find out with our Necaxa vs Santos Laguna Prediction match preview with free tips, predictions and odds mentioned along the way.

The best bets for Necaxa vs Santos Laguna

A winning start for Necaxa

You might say it's ambitious to back a team that managed just one win in their last 10 games to finish the Clausura in bottom place. They're hardly up against a winning machine though; Santos Laguna have only managed three wins in 10 and are currently four without victory. The reason we lean slightly – and it is slightly – towards Necaxa is because of the fact they've beaten Santos Laguna the last two times they've hosted them.

When you have two teams in poor form it's not unusual to see them serve up a rather drab game of football. That's our prediction here. Necaxa's last five games of the previous campaign offered up an average of 2.2 goals per game; that's a total of 11 goals with six of them coming in one game. Remove that and the average drops to 1.3. Santos Laguna's previous five games have seen eight goals; that's just 1.6 per game.

A blank in front of goal for someone

Despite backing Necaxa to win we're not going to back them to do so to nil. Instead, our final tip is that one team will blank. After all, both have proven rather good at doing so lately. Necaxa have seen three of their last five end with a nil in the score line. Santos Laguna's form leans even more in that direction; only one of their last five have seen both teams amongst the goals. It might be a new season but the idea of these two serving up a goalfest looks unlikely.

A chance for an early three points after a tough year

Necaxa had a woeful end to last season with no wins in their last five games. They'll be hoping to make a good start to the new campaign. To do so, they'll need to find a way of scoring goals, which they have found tough of late. Can loan signing Mauro Quiroga deliver the goods? You could almost repeat what we've said about Necaxa for Santos Laguna; they have managed one win in their last five though so things aren't quite so bleak. Even so, the goal scoring issue is a problem for them too; they've scored one goal in their last four. Eduardo Aguirre ended last year with two goals in three appearances. Can he pick up where he left off? 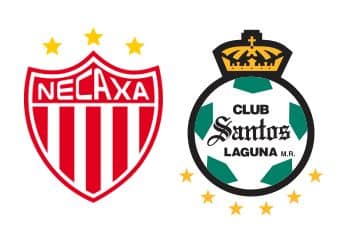