The games between Necaxa and Club America are known to be really heated battles with a high exchange of goals. Will this be the case on Sunday? Let’s find out together!

Club America hasn’t been the same team as the one we got used to in the Apertura but the recent games show that the team is close to its former class.

Both Teams Will Score

We believe this one will be one of the hottest predictions for this week in Liga MX. The two teams have exchanged goals on nine occasions in the last 10 games. Necaxa has a somewhat poor defense this season despite the decent performance in the league and has conceded a total of 15 goals in 13 games. Club America will try to exploit those errors but is a team that tends to make defensive mistakes as well. The away team has conceded 16 goals in 13 games.

Pedro Aquino from Club America is the most expensive player and a key performer in the midfield. He will miss the game due to an injury.

Rodrigo Aguirre is expected to be in the starting 11 for this game and for a good reason. He was voted MVP in the last game against Pumas UNAM where he scored on two occasions. Luis Malagon had a great game too. The goalkeeper didn’t get a clean sheet but conceded only one goal and made five saves.

Diego Valdes has been amazing for Club America. The attacking midfielder is one of Liga MX’s most creative players this season and is currently in the 2nd position for most assists (11) this season. His partnership in the midfield with Alejandro Zendejas has been remarkable and the two players both scored a goal in the game against Toluca recently. 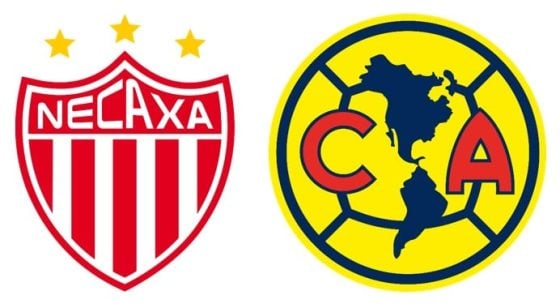 Odds and Stats for The Upcoming Clash

A Narrow Victory for Club America

Club America won with a 2:1 result in the game played at the Estadio Azteca in front of 9 500 fans last August. The tables have turned and now the club will have to pay a visit to Necaxa but Club America has good memories from Estadio Victoria Aguascalientes as the team has two draws and one victory in the last three games there.

Top questions and answers for this game: