Next, on our hands, we have a match-up in which the usual favorite seems to have fallen off. Atlas Guadalajara which has only won a single of its last 10 meetings with Necaxa will try to change the statistics in its favor.

Here is our team of experts take on the current Liga MX game:

The odds can change at all times without notice. Proceed with caution when placing your final wager! Our recommended bookmaker for this match is BetMGM.

Atlas is enjoying a great season, proving to be a tricky opponent. The visiting side has the second-best defense only behind league leaders Club America with 4 conceded goals. They've lost only a single match and it was again vs America. Necaxa on the other hand has lost 5 of its 8 games, winning the other 3, while conceding 3 times more goals – 12. H2H stats are in Necaxa’s favor, with 5 wins, 4 draws, and a single Atlas victory. However, it was in their most recent meeting 4 months ago, which ended 1-5 in Atlas' direction.

The last time Necaxa couldn’t score at least one past Atlas was back in 2016. Since then, the two have played 9 times, 7 of which resulted in a BTTS – Yes result. So far in the current campaign, the home side averages 1.12 scored goals, and 1.5 conceded per game. Both sides have also conceded in 50% of their games or more.

Out of the two sides, Necaxa’s games undoubtedly feature more goals in general. 7 of their last 10 games have had more than 3 goals scored, with 75% of their campaign games also having the same result. With Atlas things are looking quite different – only a single over 2.5 goals game in their 10, and it was their most recent match. Head-to-head, 50% of the games played have had over 2.5 goals scored.

Necaxa vs Atlas: The latest stats and selection of the best odds

Check out the available stats and a selection of odds for this Liga MX match-up between Necaxa and Atlas:

Atlas is on its good foot this year

Atlas Guadalajara is yet another team that proves that there is nothing constant in the Liga MX. The team is one of the ever bouncing between the top and bottom of the table clubs. Atlas would hug the bottom of the table for 2-3 campaigns, then suddenly emerge at the top, only to be followed by a bad campaign again. It seems that so far they are on their good foot and are making decent progress throughout the season. 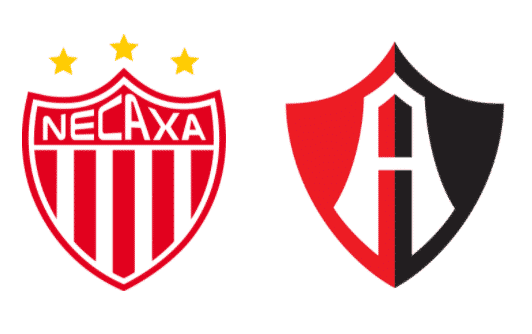