Today, we will check out the upcoming Nashville vs New York RB match to find out the best predictions and betting lines. If you want to see more MLS odds, don't hesitate to check out our website.

Below, you can check out the latest Nashville vs New York RB free betting tips and predictions for their match on Sunday.

All odds are from Ladbrokes and are subject to change, so make sure to double-check them before wagering.

Looking at both teams this season, there is one common factor – both of them are at the bottom of the table when it comes to goals scored this season, which includes four of the last five they played. We expect a similar outcome, considering their last match together ended with under 2.5 total goals scored.

These are the latest match statistics and odds for the upcoming Nashville vs New York RB fixture this weekend.

Match Preview & Other News Regarding Nashville vs New York RB

While Nashville already qualified for the play-offs, New York RB is still struggling to qualify. If they win on Sunday, we think that they will most certainly get enough points to go forward, but if they get a draw or less, their chances of qualifying are getting slim. The only injuries for Nashville are Rios and McCarty who have only been out for several fixtures. New York RB also has only two injuries for Sunday – Omir Fernandez and Aaron Long. 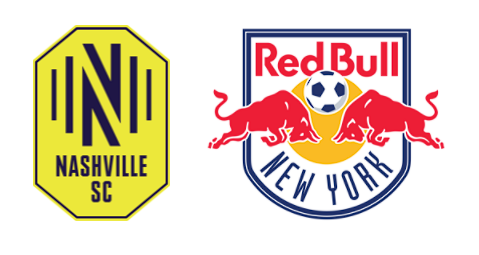 What You Should Know About Nashville vs New York RB