Nashville will be going up against DC United in another MLS Eastern Conference match-up, and you can read more about the fixture and the top betting picks for it below.

These are the top three free betting picks we chose to share for the upcoming match between Nashville and DC United. If you want to see more MLS odds and picks, check out our latest articles on this site.

Make sure to check out the BetMGM betting lines on your bet slip before you place these bets because bookies can update them at any time of the day or night.

Six of the last ten matches played by Nashville ended with both teams scoring goals. Also, 50% of the head-to-head games between the teams ended the same way, and four of the last six fixtures for DC United had a BTTS outcome, too.

The two times that Nashville played against DC United in the past, the matches ended with under 2.5 total goals scored. Out of the eighteen games that Nashville played this season, ten of them ended with fewer than 2.5 total goals scored, including three of the last five fixtures they played. Nashville's average goals for the entire season are only 2.4 per match.

In the tables below, you can find the most recent head-to-head statistics and odds for the Nashville vs DC United fixture.

Nashville has only one injured player – Walker Zimmerman who has been out for several fixtures because of a muscle injury. DC United, on the other hand, has five injured players that won't be able to attend Monday's game against Nashville.

Among the injured are three forwards – Edison Flores (muscle injury), Adrien Perez (broken ankle), and Nigel Robertha (groin injury). Midfielder Russell Canouse got an ankle injury in July and defender Brendan Hines-Ike broke his hipbone at the start of July. 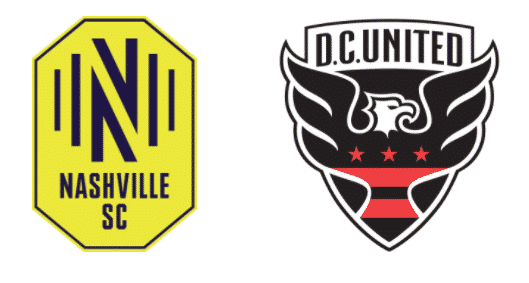