Montreal will be facing Santos Laguna on the 23rd of February. We reviewed the fixture and decided to share what we found about the likely betting lines and picks for this week. For more CONCACAF Champions League predictions, you can check out our website.

Let's analyze the upcoming Montreal vs Santos Laguna fixture and see what our betting experts think of it. The odds you will see here are from BetMGM, but they can change at any time. This means that you should check out your bet slip before continuing.

Three of the last five matches for Montreal and two of the last three matches for Santos Laguna ended with fewer than 2.5 total goals scored. Also, more than half of the three head-to-head fixtures between Montreal and Santos Laguna ended with under 2.5 total goals scored. It's safe to say that we expect the match on Wednesday to end the same way.

Let's see what the lineups on Wednesday will look like based on the missing players both teams have.

Montreal's only injury is Mason Toye who has been out since last August because of a shoulder injury. No suspensions at this time.

Santos Laguna has only one recent injury – Ayrton Preciado who is out with a tibia fracture. There are no suspended players.

In these tables, you can check out the most recent odds and stats for the upcoming match on Wednesday.

Montreal hasn't had the best of luck against Santos Laguna in the past and they cemented that last week when they lost the first leg match against them. There weren't that many goals in the first leg and we don't expect many goals now. Although both teams have injuries, we don't think that it would make any difference for their form, especially for Montreal. 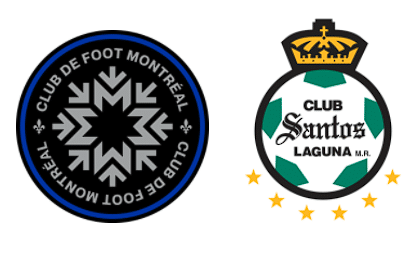 Prevalent Q&As for Montreal vs Santos Laguna on Wednesday