Today, we will go over the match data and team statistics for the Montreal vs Nashville fixture, which will be this weekend on Sunday.

Betting Lines and Predictions for Montreal vs Nashville

We went over the match data and came up with these free picks for the match this weekend.

The odds we used are from BetMGM, our recommended bookmaker. Makes sure to double-check them before wagering because they are subject to change.

Four out of the last five matches for Montreal and Nashville ended with both teams scoring goals. In addition to that fact, two of the last three head-to-head matches between the clubs ended the same way and they were played this year.

Nashville won two of the last three times that they traveled to Montreal. Also, the last two games played between the two clubs ended in draws. The two teams’ recent form is quite similar – out of the last five fixtures played, only one match was lost by both clubs.

Head-to-Head Info About the Montreal vs Nashville Match

These are the most recent scores and stats for both Montreal and Nashville's latest matches.

Latest Team News & Our Summary for the Montreal vs Nashville Fixture

Montreal and Nashville managed to get themselves into the top seven in the Eastern Conference, which will get them to the 1/8-finals at the play-offs. That of course is only if they can keep their place in the table until the end of the season.

Four of Nashville's players won’t be able to play on Sunday because they were called to play for their national teams. The only injury on this side is forward Handwalla Bwana who is out with a concussion. Dax McCarty also won't attend the match because he received a red card suspension in the previous game against New York City.

Montreal has only two players with groin injuries that will keep them from attending the match this weekend – Lassi Lappalainen and Ballou Tabla. 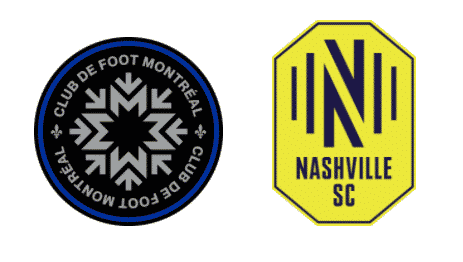 Questions and Answers Regarding Montreal vs Nashville on Sunday