Montreal will be facing Cincinnati on the 18th of July and today, we will review the match and reveal everything you should know about it. If you want to see more MLS betting picks, visit our website. See our expert analysis below and decide if you like the picks we have submitted.

The MLS betting experts working for us estimated that the three betting picks below are the most popular and best choices for the upcoming Montreal vs Cincinnati fixture.

Two of the last three head-to-head games between Montreal and Cincinnati ended with both teams scoring goals. The last two fixtures for Cincinnati were draws with a BTTS outcome and Montreal's last game also ended with BTTS.

Total Goals – Under 2.5 goals in the match

In these tables, you can see all of Montreal and Cincinnati's recent match histories and scores plus the head-to-head stats for their upcoming match.

On Cincinnati's side, three players will miss out to play against Montreal because of injuries. Defenders Maikel van der Werff (hernia) and Zico Bailey (hip injury) were either out because of injuries or on the bench for almost the whole season and played in only one fixture each. Calvin Harris is also injured since May and won't make it on Sunday. 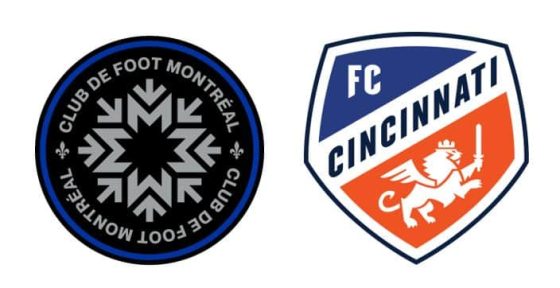