Top predictions and odds on the Monterrey vs Puebla clash await you in this article.

Monterrey vs Puebla: Free Predictions and Top Betting Lines For This Match

The new gameweek is here and we predict an extremely interesting game between two equals:

Monterrey will grab the three points away from Puebla in the Apertura race. Monterrey has all the advantages in this game – head-to-head statistics, current momentum, and the home-field advantage. The last 10 games between Monterrey and Puebla finished with three victories for Monterrey, five draws, and two victories for Puebla. It’s interesting to mention that three of the last six games held at Estadio BBVA were won by Monterrey and three games ended in draws.

Over 2.5 Goals At Monterrey vs Puebla

Both teams have some amazing scorers in their squads and we anticipate a very interesting game between Monterrey and Puebla. Five of the last 10 games between the two teams ended with three or more goals being scored. The most common results we see in this rivalry are the 1:1 draw and the 2:1 victory so chances are we will have a nice game between these two teams. Rogelio Funes Mori has already scored four goals for Monterrey and he might score a bunch more against Puebla. 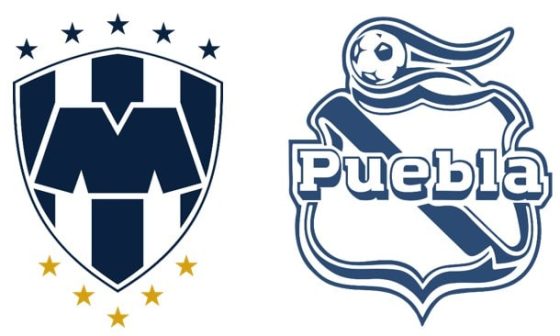 Squad News For Monterrey vs Puebla

The home side will have to find solutions to some key problems.

Rogelio Funes Mori was the top scorer for Monterrey last season and is the top scorer now. He has scored four goals so far and is expected to be in the starting 11 against Puebla. Rodrigo Aguirre also has two goals and will make an appearance in this game.

Odds And Stats For The Monterrey vs Puebla Clash

Top statistics and odds can be located in our next graphic:

Monterrey With A Hard-Earned Victory

Puebla is one of Liga MX’s top teams this season. The team was in the 2nd position in the Clausura last season. That being said, Monterrey has been exceptional so far this season and we all know that games played at Estadio BBVA are extremely difficult to be won by the away team. Yes, Esteban Andrada and Joao Rojas are injured and will miss this game for Monterrey but coach Victor Vucetich knows exactly how to find the right solution. We expect a very difficult 2:1 victory for Monterrey.

Key Questions And Answers For The Monterrey vs Puebla Game: