Monterrey is expected to win achieve an easy win against Necaxa, but will Pablo Guede pull out a few tricks up his sleeve? Read below to see what our experts believe.

Monterrey vs Necaxa: Top Predictions for the game

Our tips are all based on valid stats between the two teams, make sure you check them out below. For more expert Liga MX picks, please visit our dedicated page.

The odds above were correct when the article was being written, but are likely to change with time. Our recommended bookmaker for the game is BetMGM.

Both teams scored at least 1 goal in 6 of the last 10 times they played against one another. A few games ended in 2 or more goals. Monterrey alongside Toluca is the highest goal-scoring team in the league this season. Duvan Vergara has been impressive with 4 goals so far and he will be looking to score some more. Alex Zendejas also has 4 goals. In 2 of the last 3 games, Monterrey played both teams scored goals.

Popular football website Transfermarkt considers Monterrey’s squad almost 3 times more expensive than Necaxa’s. The fact that Monterrey has 10 national team players, while Necaxa only 1 further backs up that assessment of the value of the squads. This speaks a lot about the experience the Monterrey team has right now. The last time Monterrey lost against this opponent came on 15 of September 2019 – 2 years ago. Monterrey won 4 of their last 6 games and Necaxa lost 5.

Despite the good performance so far and the respectable 3rd place Monterrey has, the historical data suggest few goals in this derby. In 7 of their 10 games against each other, the two teams didn’t manage to score more than 2 goals in total. If you look at Necaxa’s last 5 games you will see that 3 resulted in Under 2.5 Goals as well. The same can be said about Monterrey – 3 under 2.5 goal results in 5 games.

Head-to-head data for the Monterrey vs Necaxa game

Those are the key head-to-head statistics and odds for Monterrey vs Necaxa match:

Monterrey has one of the best offenses in Liga MX with 18 goals scored so far. Meanwhile, Necaxa has one of the worst defenses so far with 17 goals allowed. Meanwhile, the in-form Arturo Gonzalez is going to be available for the Monterrey coach in this game. He is currently ranked 2nd in Liga MX assist providers with 4 assists. Duvan Vergara has 4 goals. Necaxa is struggling to score goals and win points and this reflects on their overall performance and ranking. We simply did not find anything that could lead to a good result for Necaxa, so a 2:0 victory for Monterrey should not be a surprise to anyone this Sunday. 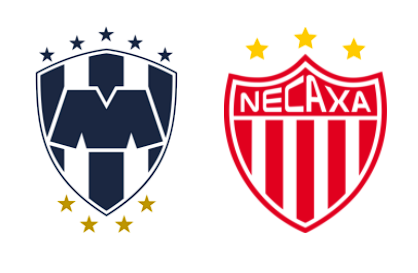 Interesting questions for the Monterrey vs Necaxa game: