Monterrey will go up against Club Leon in an attempt to secure a Top 3 spot with a key win this Sunday.

The information below will supply you with the much–needed knowledge to make the best bet possible. For more expert soccer picks, please visit our dedicated page.

The odds were correct at the time of writing but they are subject to change, we recommend you double-check them before placing the bet. Our recommended bookmaker for the game is BetMGM.

The Monterrey squad is looking very fruitful having scored 18 goals so far this season. This is the second–best attacking performance in the league this season so far. Meanwhile, despite being at the 8th position Leon is also looking sharp with 13 goals. Historically speaking the rivalry has always shown great entertainment with 6 out of the last 10 games ending with both teams scoring. Both teams have their attacking force ready for the duel and the chances for both teams to score is big.

The abundance of goals so far this season by both sides is a good basis on which to start this prediction. Also, 6 out of the last 10 games ended in high–scoring results. Some games ended with 5 or 6 goals, but to be safe an over 2.5 goals bet would perhaps be wiser. Monterrey is playing in their home against a team that is not doing that great so far like Leon, so the opportunity to score and win is big.

A win in Sunday’s game could cement Monterrey at the top 3 places and perhaps even give ambitions for the title if things go right further down the road. The team’s market value is almost twice as big as their opponents Leon. Maximiliano Meza and Arturo Gonzalez are looking good ahead of the game and are expected to perform against Leon as well

Head-to-head data for the Monterrey vs Leon: Odds and Statistics

Here are the top stats and odds for the Monterrey vs Leon game:

Hardly will Monterrey find a better opportunity to secure their place amongst the top 3 places in the league. Their players are showing amazing chemistry so far this season and are expected to perform again. Meanwhile, their opponents are showing plenty of errors in their display and the +1 goal difference so far this season shows that. They do not have a victory in the last 5 games in Liga MX. They secured 3 ties and failed to wins on 2 occasions in these 5 games. Their away form is also very inconsistent and while they might get a win every now and then against the teams at the bottom a victory against some of the major teams in the league would be a real surprise. 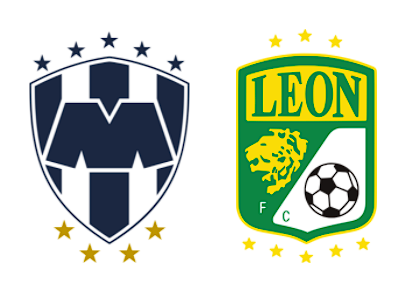 Common questions for the Monterrey vs Leon game: